I am proud to announce that I have co-authored a book with the wonderful Nicholas Bella. We've been working on this since August and it's been the hardest secret to keep! 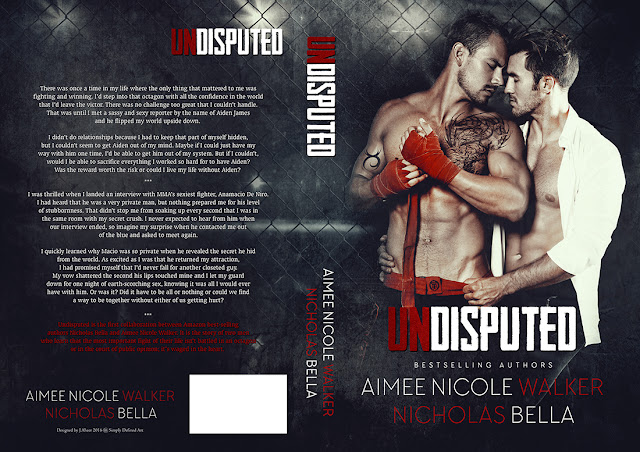 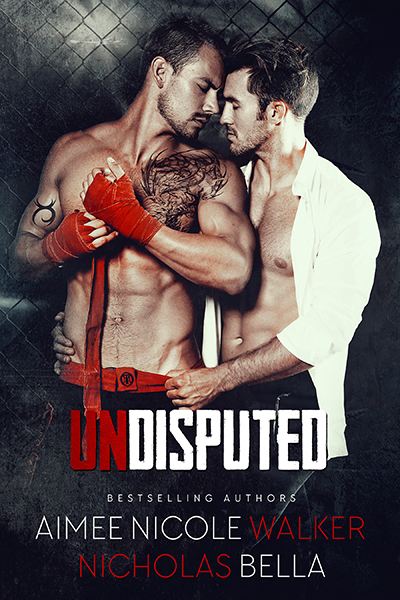 There was once a time in my life where the only thing that mattered to me was fighting and winning. I’d step into that octagon with all the confidence in the world that I’d leave the victor. There was no challenge too great that I couldn’t handle. That was until I met a sassy and sexy reporter by the name of Aiden James and he flipped my world upside down.

I didn’t do relationships because I had to keep that part of myself hidden, but I couldn’t seem to get Aiden out of my mind. Maybe if I could just have my way with him one time, I’d be able to get him out of my system. But if I couldn’t, would I be able to sacrifice everything I worked so hard for to have Aiden? Was the reward worth the risk or could I live my life without Aiden?

I was thrilled when I landed an interview with MMA’s sexiest fighter, Anamacio De Niro. I had heard that he was a very private man, but nothing prepared me for his level of stubbornness. That didn’t stop me from soaking up every second that I was in the same room with my secret crush. I never expected to hear from him when our interview ended, so imagine my surprise when he contacted me out of the blue and asked to meet again.

I quickly learned why Macio was so private when he revealed the secret he hid from the world. As excited as I was that he returned my attraction, I had promised myself that I’d never fall for another closeted guy. My vow shattered the second his lips touched mine and I let my guard down for one night of earth-scorching sex, knowing it was all I would ever have with him. Or was it? Did it have to be all or nothing or could we find a way to be together without either of us getting hurt?

Undisputed is the first collaboration between Amazon best-selling authors Nicholas Bella and Aimee Nicole Walker. It is the story of two men who learn that the most important fight of their life isn’t battled in an octagon or in the court of public opinion; it’s waged in the heart.

The release date is scheduled for December 23, 2016 and preorder will not be available this time. Instead, we'll upload to Amazon as soon as it's formatted. I hope you are as excited about reading this book as we are about releasing it!

I'll be back tomorrow with the next teaser for Something to Dye For!

Posted by Aimee Nicole Walker at 11:31 AM